END_OF_DOCUMENT_TOKEN_TO_BE_REPLACED

How to make an Affiliation Request with wwelfs

How do you do this?  copy and paste our button, and link it to “www.worldwideelfs.wordpress.com”

END_OF_DOCUMENT_TOKEN_TO_BE_REPLACED

several sj chinese fanclubs collaborated to promote SJ on instagram! did you catch the ads on ig?


With the release of “One More Chance,” Super Junior is ready to take the world by storm. Additional music videos will be released, so stay tuned for their official comeback on November 6th!

In response to Sungmin’s recent apology to fans and his declaration that he will not be participating in Super Junior’s upcoming album, Label SJ released an official statement about Sungmin’s decision as well as his future activities.

Here is the full statement:

“This is our statement regarding Sungmin’s post today about his activities.

“Label SJ has decided to respect Sungmin’s decision not to participate in Super Junior’s album.

“From the beginning, Super Junior was created as a group that could be flexible with its members, and as a result, Super Junior has seen love and success across the globe, able to promote in a variety of ways.

“Super Junior is currently preparing for an album, with hopes to release it in October, and the label is doing its best to help Super Junior carry out promotions that are better than ever before.

“Though Sungmin isn’t participating in the album this time around, Label SJ will fully support all of Sungmin’s future activities.

“Thank you to all the fans who have loved Super Junior for so long, and we ask for your continued love and support for all of the Super Junior members.”

Earlier, Super Junior’s agency Label SJ announced that Sungmin would not be joining the SMTOWN concerts due to the recent fan boycott. In light of this, Sungmin has posted an apologetic message to his fans through his social media account.

On July 6, he wrote, “Hello, this is Sungmin. I’m writing to you all for the first time in a while for various reasons. First of all, I want to apologize for troubling so many fans. There has been a lot of negative talk surrounding me lately, but it was something I couldn’t act alone on, so I’m very sorry for the late response.

“When I look back to when I was getting ready for my marriage, I don’t think I was very considerate and truthful to my fans who have loved me for over 10 years. I think I should’ve communicated better with my fans who got hurt by various rumors and misunderstandings.

“I’m really sorry to my fans who have loved and supported me, but I think I need more time to reflect and work harder. I ask all ELFs to support Super Junior’s upcoming comeback.”

Last month, one of Super Junior’s most influential fan communities announced that they would be boycotting all of Sungmin’s activities as a celebrity.

On July 6, a representative from Super Junior’s agency SJ Label stated, “Sungmin, who recently had an issue with his fans, will not be joining the SMTOWN concerts held in Korea and Japan. Kangin, who is currently self-reflecting on his drunk driving case, will not be attending either. The rest of the members [who aren’t enlisted in the military] will be performing at the concert.”

What are your thoughts on this decision?

We were brainstorming about what we should do to anticipate and celebrate Super Junior’s upcoming comeback in October 2017 and then we thought that we should open this question to everyone as well:

What should we do/prepare for Super Junior’s comeback as a fandom?

Tell us your ideas and you might just stand a chance to win 1 of the 2 premium memberships from OnDemandKorea! Be sure to follow us at @WorldwideELFs on Twitter to qualify as well.

Submit your entries on this Google doc:
(The idea/suggestion can be a link to a video, photo, etc. It’s up to you for how you want to explain it!)

OnDemandKorea is an American-based Korean entertainment website which specializes in subbed Kpop and variety show content which you can watch online legally!

The best ideas would stand a chance to win the premium membership** from OnDemandKorea and we will also look into the possibility of making the idea happen as a fan project.

** The chance to win the premium membership from OnDemandKorea is only open to the residents of North, South and Central America due to licensing.

For those of you who are not eligible for the premium memberships, you can and should still submit your ideas.

Q:  The fans are hoping for Super Junior to be together again. Is there a possibility for all 13 members to reunite for a performance?

A: I would like to as well. Just like last year, it was the 10th anniversary. I gave Mr. Long hyung a call and I called Leeteuk as well. I told him that it’s been 10 years and I would like everyone in Super Junior to release an EP together, and after this EP album is released, we’d do half a year of activities, not for anything else, other than to just commemorate that we’ve been together for 10 years. In the end, it didn’t happen because we couldn’t work out our schedules. This is also something that I have been regretting.

It’s been 10 years since I have debuted with the members, so I really wanted to do something. That’s why I wanted to do such an outrageous concert (of all 13 members coming back together). I went over to Korea over the new-year period and I had a meal with Heechul and some friends. During the dinner, I called Leeteuk and Kangin to tell them about my idea and everyone shared my thoughts of regrouping and doing the concert. We even told our managers and asked the company but they were too busy, which was a shame.

At the end of 2009, after debuting for 4 years in Korea, Hangeng returned to China after terminating his contract.

Hangeng’s contract with his previous company was declared null and void because of some “slave agreements.” Following the exposure of some of the unfair terms and conditions, Korea’s law on entertainment companies’ unfair contracts were reviewed and became strict. It is not an exaggeration to say that Hangeng’s lawsuit improved the law (regarding slave contracts in) Korea. Many celebrities got better treatment and were promoted well because of his lawsuit.

Hangeng rarely mentioned that matter (lawsuit) and also the group he was in previously, his bandmates, and his Korean friends. But on November 6, 2015, the 10th anniversary of of his debut, he posted pictures of him in his group (Super Junior).

Hangeng’s 10 years, from being SUPER JUNIOR’s Chinese member and Super Junior M’s leader Hankyung, to singer and actor Hangeng — those memories full of affections were awaken.

Time is like bitter medicine. It made us forget the pain, yet remember the beauty of yesteryears. Time-to-time, there will be photos of Hangeng and his past bandmates together. In one of his activities in China, Hangeng and Choi Siwon were on the same stage. They shook hands and hugged. The scene was just like that time when they appeared on <Happy Camp>.

As the 2 of them were the closest in the group, Hangeng and Kim Heechul’s friendship was always strong. From time-to-time their photos together will appear and it never failed to make fans excited for a long time.

Hangeng revealed in an interview that no matter what, he will be still be friends with his past group mates. He also mentioned that he tried hard to reunite with them for their 10th anniversary but nothing worked out in the end. We do not know whether fans will be able to see Super Junior as 13 again, but at least like his fans, Hangeng is also looking forward to that day.

Please take out with full and proper credits. Thank you!

The recent rumor of Kim Ki Bum and former Five Dolls member Ryu Hyo Young dating was quickly squashed on July 11 by the stars’ agency, which said, “The dating rumors are not true. Kim Ki Bum and Ryu Hyo Young know each other from the web drama ‘On Air Scandal,’ but do not have any special relationship.”

Reports on July 11 stated that the two had started dating after meeting on the set of the upcoming Chinese web drama “On Air Scandal” (unofficial English title). The report also mentioned a sighting of the two at the airport together, as well as together in-flight, as well.

The stars’ agency stated, “The photo of the two at the airport is a photo that was taken as they were on the way to Jeju Island for work.”

ELFs Around The World ♥ 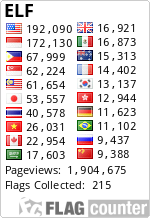